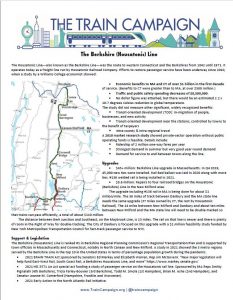 The text fis provided for your convenience; you are welcome to use it in your own materials. The printable PDF version is shown at left. Click the link above to open the file.

The Housatonic Line—also known as the Berkshire Line—was the route to western Connecticut and the Berkshires from 1842 until 1971. It operates today as a freight line run by Housatonic Railroad Company. Efforts to restore passenger service have been underway since 2010, when a study by a Williams College economist showed:

The study did not measure other significant, widely recognized benefits:

A 2010 market research study showed private-sector operation without public operating funds to be feasible. Details include:

Note: The Berkshire (Housatonic) Line is ranked #1 in Berkshire Regional Planning Commission’s Regional Transportation Plan and is supported by town officials in Massachusetts and Connecticut, notably in North Canaan and New Milford. Analysis in Bloomberg CityLab in April 2021 showed the 3 metro regions served by the Berkshire Line amongst the top 10 in the US in terms of percentage population gain 2020-2021.

Note: The upgrade in MA is being done for about $1 million/mile. The 50 miles of track between Danbury and the MA state line needs the same upgrade (37 miles owned by CT, the rest by Housatonic Railroad). The 14 miles between New Milford and Danbury and about ten miles between New Milford and the MA state line will need to be double-tracked so that trains can pass efficiently, a total of about $110 million.  The distance between Danbury’s Berkshire Junction and Southeast, NY, on the Maybrook Line, is 13 miles. The rail on that line is newer and there is plenty of room in the right-of-way for double-tracking. The City of Danbury is focused on this upgrade with a $1 million feasibility study funded by New York Metropolitan Transportation Council for fast-track passenger service to NYC via MetroNorth. 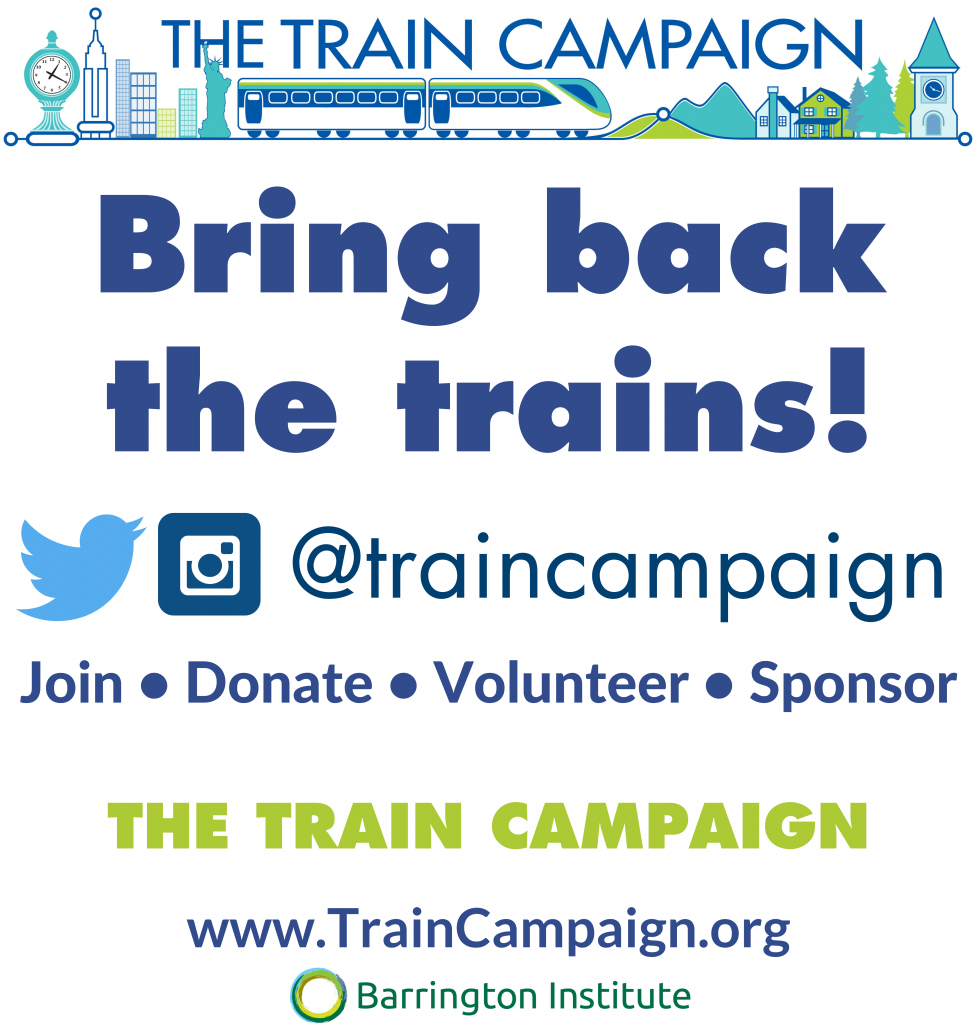 About the Author: Karen Christensen